Social Media & Traditional Media News: Are we still in caveman era for integration and process? 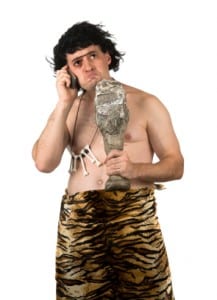 Today I experienced a troublesome situation involving a missing teen in our community.

A 16 year old girl was missing since Saturday.  The mom is a respected member of our community.  She is involved in several of the networking groups I associate with and is actively involved throughout the Brandon, FL area.

The girl was missing since Saturday evening.  She had left home to walk the dog and never returned home. I am not going to share additional detail since she has been found.  It is not my business.

Today I got wind of the message for the first time.  The mother was having difficulty getting the situation raised to the status of an amber alert as well as get it published on the local news.

It had not hit the news that I knew of. I was asked to share the news and get the word out.

I was able to get hundreds of people sharing the message via Twitter and Facebook in a matter of minutes.  After a quick round of of Tweets and Facebook posts I wrote up a quick blog post just so I would have something to point people to.

Why did the news not pick it up? Why were the Twitter peeps of Tampa pinging the news folks on Facebook to get it covered?

Yes, I understand that they have process. I understand there are requirements for a child to be considered and receive  Amber Alert status.  However, on Twitter we have no strict requirement. We find out of a missing girl we tweet about it.  We had basic facts only and knew we had a missing child and a mother upset about it. We knew she had nobody to help her spread the word except some crazy Twitter peeps and folks lucky enough to see the Facebook posts.

However, the same process I am complaining about on traditional news channels that slowed down the news reaching the masses doesn't exactly exist on social media channels.  There is no process for us to follow. There is nothing that helps streamline communications for a missing child. There is no master Twitter account that anybody on my 32k followers knew about to notify.  No hashtag except #Amberalert and I wasn't certain at the time it was a real hashtag.

This is a perfect case study as to the lack of fabric and infrastructure tying the two together.  Even when it involves a missing child that could be in real life danger. Put yourself in the shoes of this mother. What if it were your child. What if it were the Twitter tweeps who helped find your kids versus the traditional media that receive millions in advertising dollars each and every year?

Wow. Makes you realize we are not far off from cave man era when it comes to integration.  Today it seemed like two families of monkeys talking to one another.  The core issue is we aren't even using the same language, hashtags, mediums or methods.  Opportunity folks, opportunity!