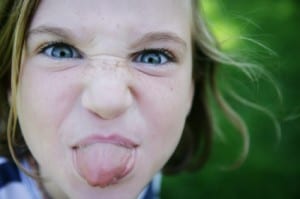 Social media to me is about sharing. It's about giving your best goods. It's about collaboration. It's where friends, partners, clients and even competition come together for the good of the whole.

Today I had something strange happen in the world of social media. Something I had never really thought of or dealt with before.

We received notification on one of our social listening reports that one of our local competitors had “blocked” us on Twitter.

Note: I don't care about this person's tweets.  The statement the action of “twitter blocking” leaves behind is a very interesting conversation in my opinion.

I had never thought of blocking a competitor. I am a believer in collaboration. The universe is big. Twitter is huge and there are plenty of fish in the sea to keep food on the table for our families.  I am also quite confident in my ability to differentiate my skills and services.  We have many competitors and pseudo competitors who we communicate with regularly, share ideas, share leads and genuinely help. Business is about partnering and relationships. What would we be online without friends anyway?

This particular person hangs in the same networking and business circles we do. We see the person often. They've also been known to have content very similar to ours. Seem to always follow what we launch, how we package services, what we say and do. Has been somewhat entertaining to watch in all honesty. So the Twitter blocking though surprising is really not a big shocker. Probably the only one in our neck of the woods who I could see doing such.

The part that bothers me is that we have genuinely reached out to this person in the past. We have leads we could share today. Leads that aren't right for our company but could very well be right for theirs. We also have several very strategic relationships launching in early 2011 that could put a wet damper on this person's biz in a big way. We were trying to initially help this person and align appropriately before the strategic launches kick off in 2011.

Obviously I am not going to give this a second thought after the initial shock. When I saw it on the report today our team had to laugh out loud.  What I don't like is the uncomfortableness it puts in a relationship that could have been something positive. Something positive not only for us and individuals or individual business. What it hurts the most is the bigger whole. The charities we could have supported together, the small biz's we could have helped with collaboration and the list goes on.

Relationships are key to life.  Burning one bridge over a tweet stream is not something you'll ever see this nut doing.  I hope that my friends, family and fellow tweeters follow the same ethical values and never fall to the playground tactics of how some think they're engaging in social media.  If a client of mine ever decides to resort to such behavior they will also probably find themselves in need of a new marketing and social media agency.

What are your thoughts? Has this ever happened to you? What will you think if it does?

You can also join our LinkedIn discussion!